DOWN TIME, BUT IN THE MEAN TIME…

DOWN TIME, BUT IN THE MEAN TIME…

Down Time, But In The Mean Time… 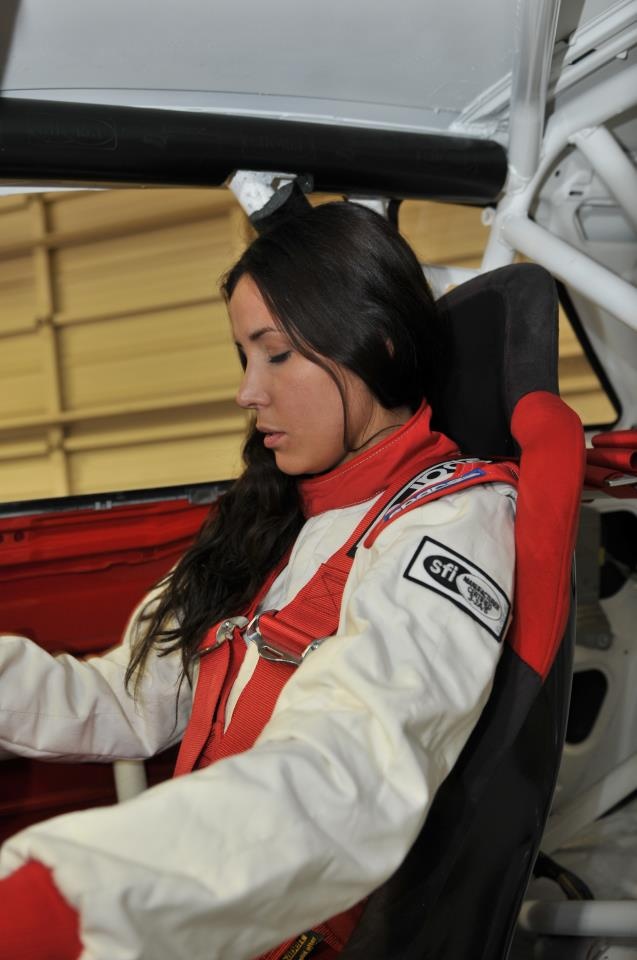 So the last you may or may not have heard through the grapevine or through my social media outlets, I had spun a rod bearing and got pretty close to blowing my engine.
If you haven’t heard, I’ll keep it short and sweet. I was running a test day back in November 2011 at Autoclub Speedway, I heard a “clacking” noise after the last set of “S” turns, I then subsequently killed the power almost immediately and coasted it in to the pits as to not cause any additional internal damage which I knew had likely occurred. 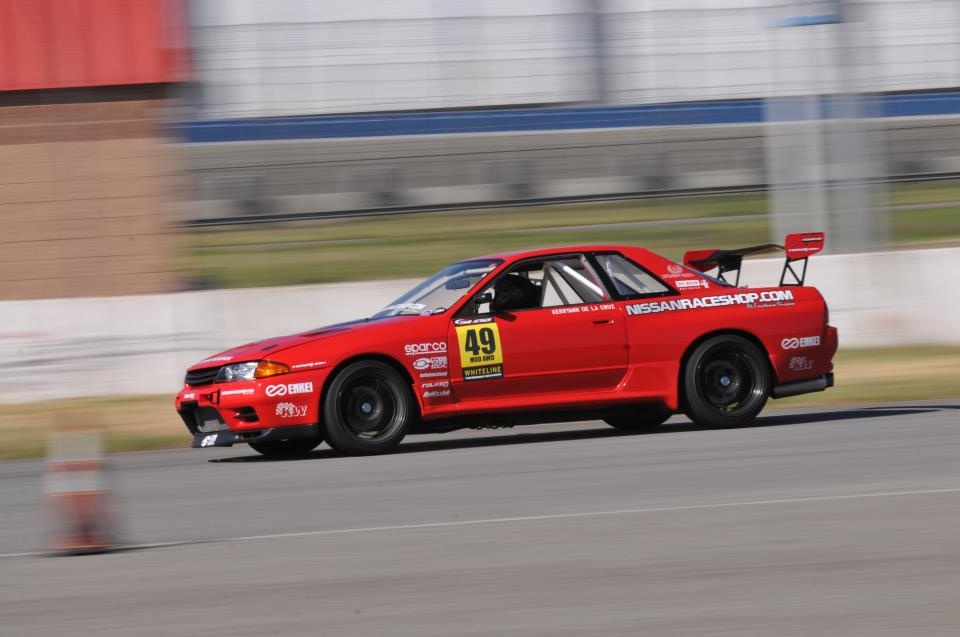 The car went strait back to Cobb Tuning SoCal for diagnosis. After opening up the oil filter they could clearly see the bearing material in the oil filter, and after further evaluation of the block and internals they could clearly see that it also was not a lost cause. I had fortunately saved the engine by reacting upon my instincts and shutting the car off immediately, it was a bittersweet moment. The moment where I knew I was going to have to spend a chunk of money to get the engine rebuilt and replace parts, but also providing the opportunity(by necessity) to reevaluate the build, and strengthen all the weak parts by upgrading, WPC treating etc. that I previouslyleave hoped wouldn’t fail in its factory form. You learn by your mistakes, this was an expensive mistake but I will take it as a lesson and move forward. 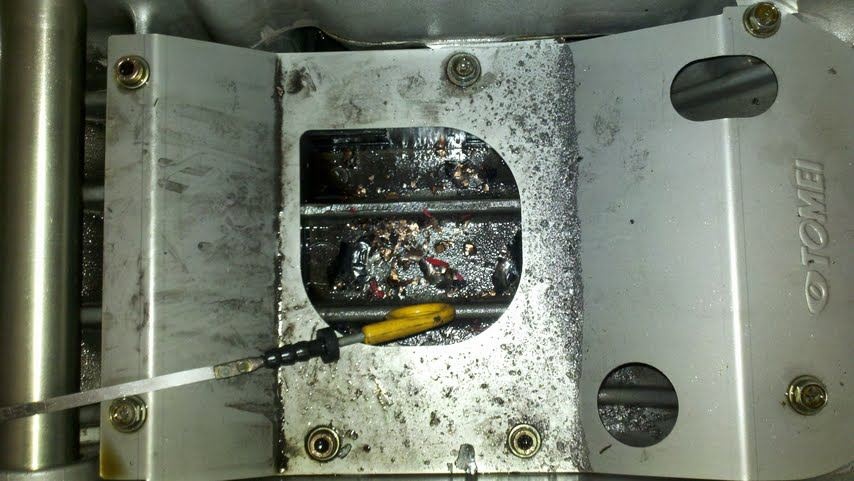 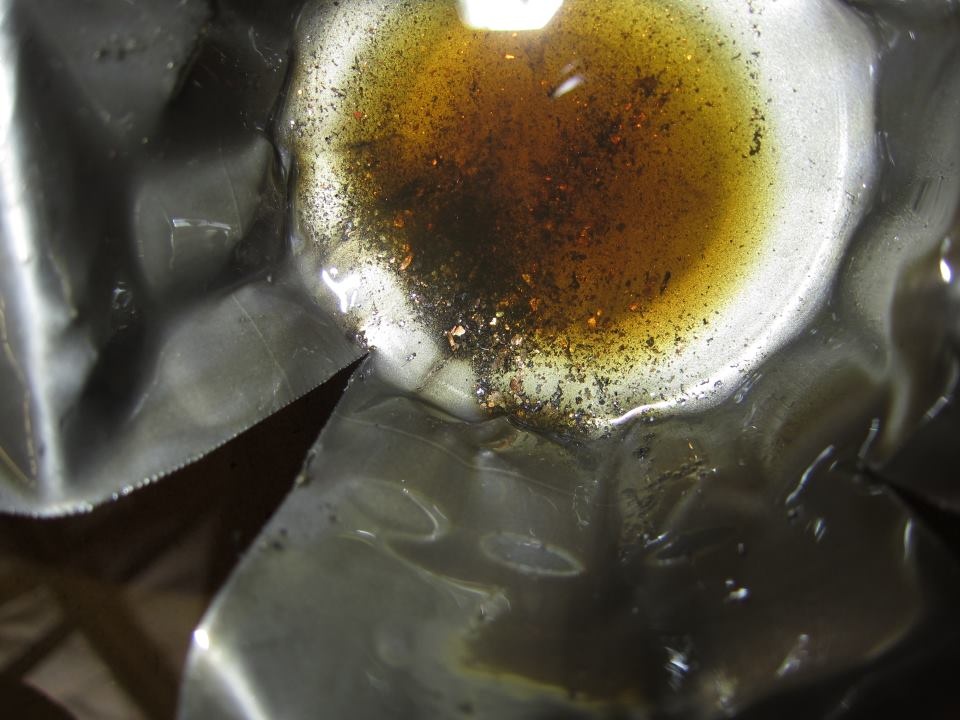 My budget has only allowed me to do certain things, however I have been lucky enough to acquire some additional sponsorship recently that will help a great deal in lightening the financial load that building your own race car creates. I find myself struggling to prioritize things with the build sometimes due to financial concerns, but I always find a way, no matter what. Turning this car into a competitive track car against current technology that was either non existent or has vastly improved since back then is a huge challenge, sure this is “Godzilla” but lets face it, this car is an old, heavy, aerodynamically challenged, temperamental, rare(in the US), expensive project car. But you know what, I would not have it any other way, I enjoy doing this. I love driving but I love love love watching something like this take form and slowly become what I had always imagined it to be. A bad ass track car.

Enough romancing Godzilla. Back to the story. Since last year I have changed my focus from Time Attack to Wheel to Wheel by campaigning Godzilla to race in the Moto IQ Pacific Tuner Car Championship Series. I made this decision foremost due to the competition in what would be my class in Time Attack, I can in no way afford to build, blow up and build and blow up my RB26(and any additional) or build the equivalent to an “X” crate motor that may have a better chance at surviving the increasing margin of failure when the #’s peak over the 500’s. So with that I decided to built the for endurance, and longevity, conservative but still powerful and efficient as possible within my budget, hence my change to 30 minute long sessions of wheel to wheel racing with more manageable and easily attainable power. It made sense, for me.

One problem I did have with running MPTCC series this year is not having my N.A.S.A.(National Auto Sport Association) license, they run alongside one another so MPTCC must require competitors have their racing license to ensure the safety of that driver and other drivers on the track(understandably so). It was about time I got my N.A.S.A license anyway, I have been wanting to get it for ages and never did. Better late than never….except I will miss my first race due to their limited schedule.
I must first go through HPDE’s 1-4 which will be during the weekend of the first MPTCC race at Buttonwillow on April 21st and 22nd, after that I take the Racing Clinic which will be at WSIR in May. Once I have completed both of those requirements I will receive. my racing license to compete in MPTCC.
Steps I must take before I even hit the track, but it’s all part of it and it’s there for a reason, I can only be patient and follow through.
Keep your eyes peeled for more news in the pipeline, I’m sure I’ll have more here and there with each passing week especially getting close to Formula Drift(Yes Godzilla will be there), and my HPDE which I’ll actually be running my Miata since the GT-R will still be down. I have updates and news in the near future that have yet to be released! STAY TUNED…
Quickly back to the build for a moment, my generous sponsors who I like to refer to as my partners in the build(because honestly I would not be this far without them) have been very helpful. This year I have acquired 4 new sponsors that I am EXTREMELY proud to represent this year and beyond.

Turbo by Garrett/Garrett by Honeywell is sponsoring one of the most vital components – the turbo chargers, we are currently keeping the car twin and just deciding on the perfect application for Godzilla’s RB26 and our goals for the engine and communicating with our assigned engineer at Garrett. This is a huge honor for me as Garrett is a long standing name in the racing industry and it is a dream come true to have the support of a world renowned company that creates the best product on the market of it’s kind. I am super excited about working with Garrett and representing their company this year in MPTCC! 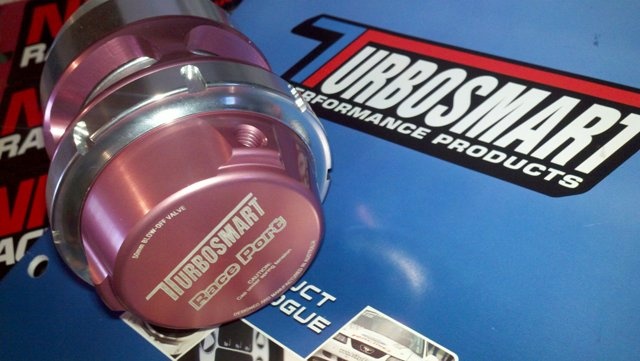 Turbosmart USA has partnered in the build as well by supplying boost control, hoses, and more. After visiting their North America HQ last month I knew this was definitely a company I wanted to be involved with because of the high quality nature of their products and the integrity of their company. A truly outstanding operation overall, this is the kind of business we need to support, those who truly support and love our industry. Another neat thing I found was their pink collection of products that are being sold to raise awareness and acquire donations for breast cancer awareness. Truly noble work guys! 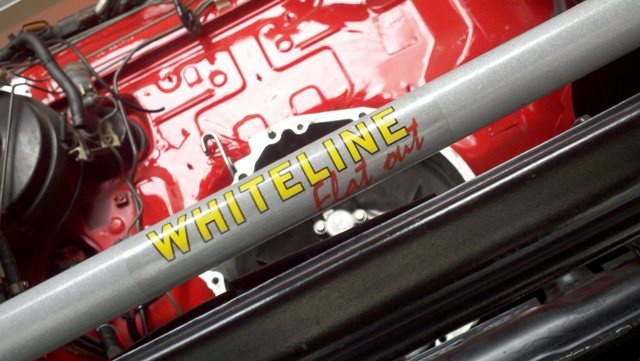 Whiteline Flat Out, another awesome Aussie company has also hopped on board to help Godzilla put all those ponies down to the ground that Turbosmart and Garrett are squeezing out of the RB. As many of you may or may not know Whiteline offers an array of products to add to your current suspension from suspension, alignment, and chassis components to improve handling, and traction. Their high quality products have been tested true and are used by many worldwide, yet another amazing company that I am PROUD to represent!

Cosworth is also aiding in the rebuild of Godzilla’s RB26 with engine components! Race proven products that have been used since before my time in many different genres of racing, another great partner involved in the rebuild.
2011 and onto 2012 sponsors: Handling the rebuild of the engine will be entrusted to COBB Tuning SoCal, Suspension will primarily consist of KW Variant 3 coilovers, Sparco USA safety equipment, Parts from Nissan Race Shop, Carbon Fiber hood by Seibon, Enkei NTO3+M wheels all day every day! Gialamas Technical Innovations cage and chassis work, Buddy Club interior component, K&W Autobody(Now Diamond Hills – same location) flawless prep and paint of exterior, engine bay and interior. Hand picked partners fit for a Godzilla….no less will do.
Sorry, hate to sound like an advertisement but they deserve your business because they are simply the best. period. I’ve been paying for parts like these all my life! Support our industry, keep high quality companies in business!
Sorry, that is all….your still awake?
Keep your eyes peeled at Formula Drift Long Beach 4/7/12! See ya ‘round!
-Kerryann 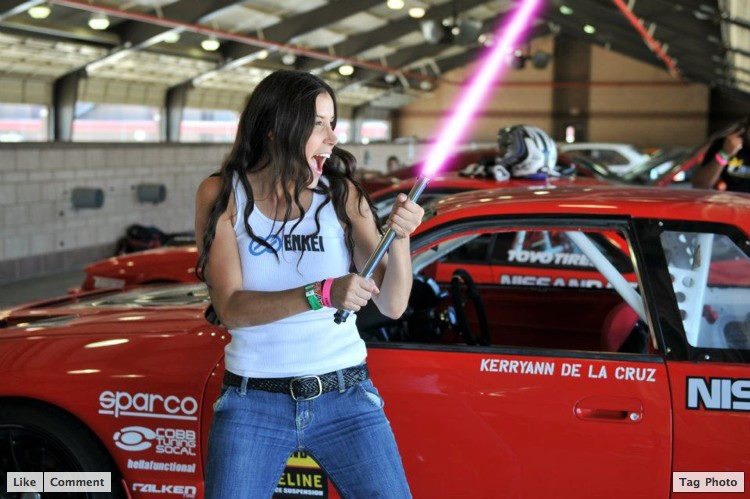